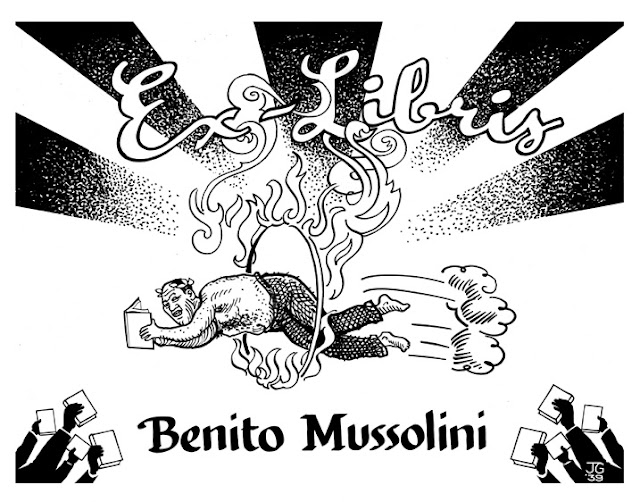 This charming bookplate will be included in the whopper (about 250 pages) anthology NO ME, which will be released this April at the Stumptown Comics Festival in Portland, OR.
The black & white extravaganza will feature line works by scores of pen-pushers personally invited by Jason T. Miles to submit work in exchange for three free copies.  These will no doubt fetch a pretty penny at auction, should cash-strapped artists decide to pay rent rather than bequeath bagged copies to their heirs. A very small edition will be available for sale to the public.
A longtime employee of Fantagraphics, Miles soldiers on there, wearing many hats. This project, though, is his sole production. Good luck to all of us!
Posted by Justin Green at 8:17 AM