Love By Trial and Error 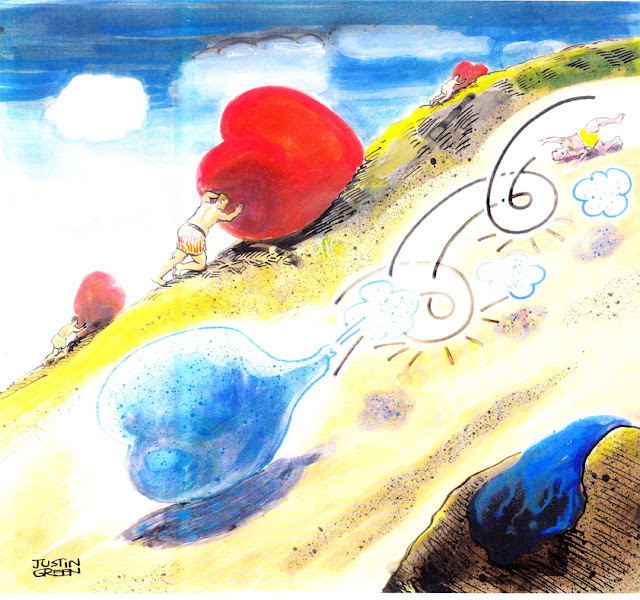 A Name That Should Be An Adjective 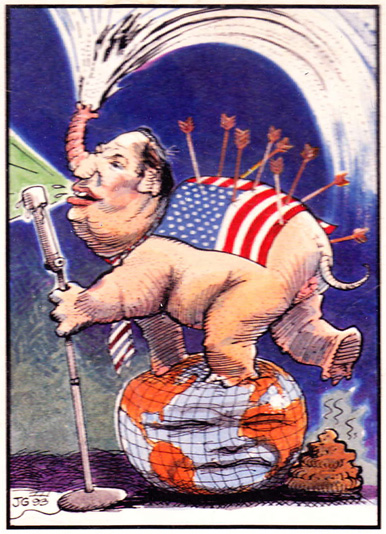 This one was done in watercolor and pen and ink back in ’93 after an intense study of Thomas Nast. It was part of a freebie fundraiser project for WFMU, the great little station in NJ that has a signal strong enough to reach Manhattan, from where the Great Prevaricator holds forth daily. I am amazed that he’s still standing, on the top of the world, no less. Busted for Oxycontin abuse, this pudgy pundit’s credibility among his vast Republican audience is never questioned. Almost 20 years later, all I would have to do to bring this image up to date in Photoshop is whiten the hair, add some wrinkles and “lasso” the pile of shit, then  “free transform” it to about ten times its current scale.
Much is made of the Diebold theft of the previous election and the earlier Florida cabal that sealed Gore’s (and Iraq’s) fate—both by such close margins. But what about the low IQ, racist, xenophobic, superstitious sector of voters that this blowhard delivers into the Republican fold every single election? Speaking of campaign finance reform, what are the economic tendrils which reach beyond his mere advertisers?
Posted by Justin Green at 2:31 PM